We're checking in from Rotorua after a few day hiatus. We spent three nights in Wellington NZ, capital city and proudly embracing its windy status. The airport logo, the city's take on the Hollywood sign, and its many wind turbines to harness that energy.

However in our few days there it wasn't the wind that we were dealing with but rather the kind of weather nobody wants to deal with, cold and misty. Of the three days we had the first was cool but cloudy giving us the chance to check out Zealandia. This was really the only thing I truly wanted to do outdoors in the city and it didn't disappoint. I found it to be the most impressive take on a zoo (if you can call it that). The park is somewhere between the size of Central and Prospect park in NYC but there are no cages, just a small fence to keep the wingless creatures inside. The focus is on keeping domestic creatures in their safest environment to ensure existence. That being said there aren't many animals to see at all - its mostly birds and given the size of the park finding them isn't easy. Its a great place to go hiking and imagine what NZ would be like without the settlers creating cities.

The second day we visited the Museum of New Zealand also known as Te Papa. Being as it was a weekend the exhibits were quite packed with families. We were fortunate to see the Gallipoli exhibit put together by the Weta workshop (co-founded by Peter Jackson) which highlighted NZ's presence in WW1. The centerpiece was the enormous life like figures depicting various armed forces members. These were designed over years and had amazing level of detail. 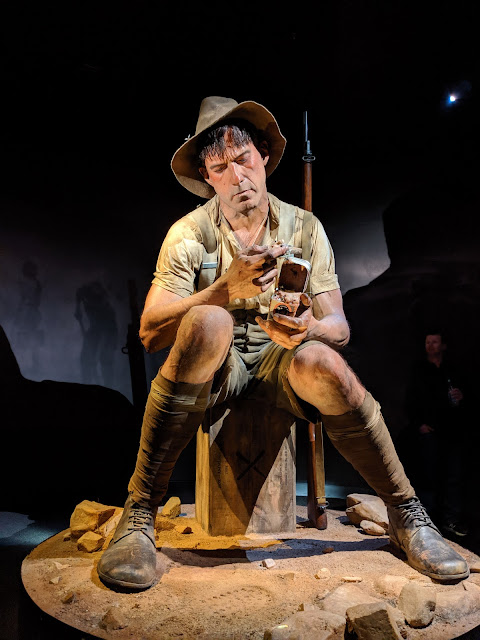 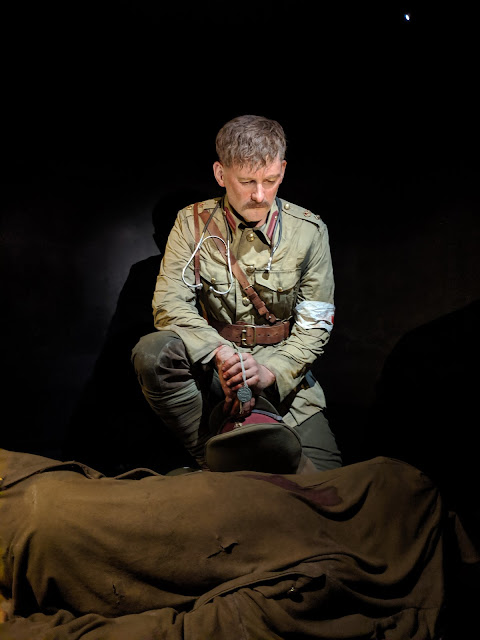 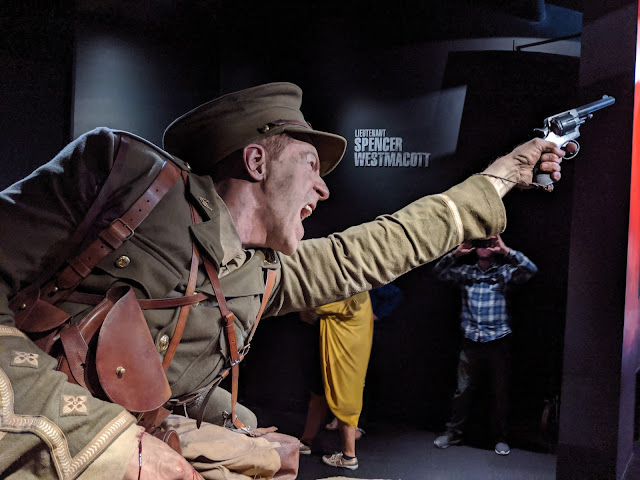 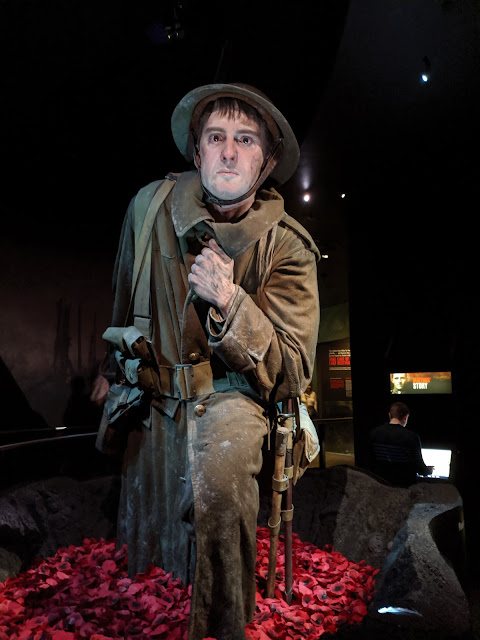 Wellington is probably the most trendy city in NZ based on the people we have spoken to thus far. Obviously we haven't been to Auckland yet but this city had a lot of charm; plenty of great food options and lots of small alleyways to get lost in. Sadly the weather just wasn't ideal for exploring the whole city.

Our last day in Wellington was supposed to be a calm coffee-lunch-airport. When I checked-in by phone few hours before our flight there was a message saying the flight was delayed and we should call the airline. After speaking to multiple people we were assured there was no issue, but minutes later we were sent notice of our flight cancellation. Long story short our most feasible option was a flight to "nearby" Hamilton and then bus service to Rotorua airport. All in all we arrived three hours later than intended which isn't nearly as bad as it could have been.

Here in Rotorua the smell of sulfur reigns supreme thanks to all the hot springs and geothermal activity. I think the city is akin to a place like Gatlinburg, TN. A good mix of wilderness and nature and a sprinkling of tourist attractions that bring people in droves. Our first day was spent in the local redwood forest where we did a treetop walk and a decent hike. The weather here is perfect and we hope it stays as such.

Check in for our next post for what else we end up in.