Hello to the three friends and four family members who (I hope) regularly read our blog!

After four countries and nearly five weeks, we have left Asia and are making our way to New Zealand for Part 2: Down Under. While I'm confident Brendan will continue to provide consistent updates on the goings-on of our travels, I thought I'd take a moment to review some highlights and commentary of the trip thus far.

Singapore: As previously mentioned, Singapore was a great first stop on our trip! We got to see friends, (try to) acclimate to the heat of Asia in the summer, and eat some really great food (chicken rice being my personal favorite). The Botanical Gardens were beautiful, and the cityscape/skyline of the city is so unique and fun to explore. We also got to pay A LOT of money for mediocre drinks and had a run-in with some ants but its all good.

Japan: I think Japan has been my favorite part of the trip so far. Not only was the food amazing, but I actually enjoyed being in a place that was both unfamiliar (in language, customs, and location) and trying to figure things out as we went. The Conrad hotel in Osaka was beautiful and better than I could have imagined (remember the breakfast?) and during our six nights there we traveled to Kyoto and Nara. This is also where I did a 180 on my feelings for ramen and now am 100% on the ramen train. Our two days in Tokyo were also full of food and wandering around the giant city - sadly, we didn't end up returning as scheduled, so I'm confident there will be another trip in the future.

Vietnam: Pro trip: you should 100% go to Vietnam but learn from us and maybe don't go in the middle of the summer. It's really, really hot there which makes it difficult to wander and explore and get your targeted 20k steps in every day and eat pho for every meal. Suffice to say, I prioritized pho over the steps during our eight days in Vietnam. Hanoi was bustling and full of cheap, delicious food. and also a really great womens museum. Da Nang's dragon bridge is random and really cool, but I might suggest waiting for the beach area to develop a bit more before planning your Da Nang beach vacay (and also would suggest not staying in a hotel with construction happening next to it). Last, our detour to Hoi An was unexpected but lovely, and I think I had one of my favorite meals of the trip so far at Nu Eatery

Kuala Lumpur, Malaysia: As is old news here on the blog, we were only supposed to stay in KL for 5 days but stayed for 12. While I really enjoyed it there, 12 days might have been a bit excessive. If anyone needs to go know how to walk from the Doubletree KL to the Pavillion Mall without spending too much side walking outside, let me know and I can provide you step by step instructions (we walked that path...a lot). KL provided me with ample opportunities to eat Indian food which was appreciated on my end and not so much on Brendans. We also ate at Nando's twice - a restaurant that basically only serves chicken with great sauces is a 10 in my book but somehow both times we went it was....slow (and that's being gracious). At least the chicken was good AND there are Nando's in New Zealand so there is a chance for redemption (and more chicken). Also on this leg of the trip, we were joined by two of our wonderful friends for a couple days which was 100% wonderful.

We left KL yesterday at 5pm, flew to Singapore, had a quick layover, then took a redeye to Sydney where we landed this morning. We learned last night that apparently you need a visa for Australia if you're here for >8 hours (even if you're not leaving the airport), so we took advantage of our newly minted visa and an 11-hour layover and did some quick sightseeing in Sydney this morning! We were in the city by 8am which ended up being great for getting some pictures of Circular Quay area without the mounds of tourists that I'm sure are there most of the day. And now, here we are, sitting in the Sydney Airport waiting for our flight to Christchurch, New Zealand.

Here's to hoping I learn some New Zealand phrases I can bring back to the blog over the next 19 days! 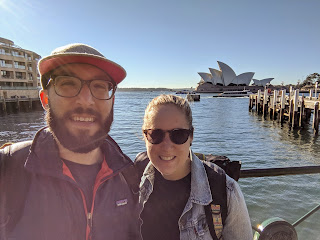 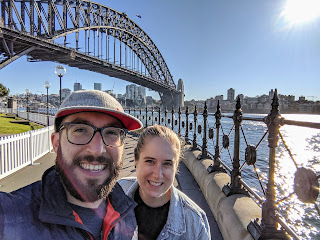 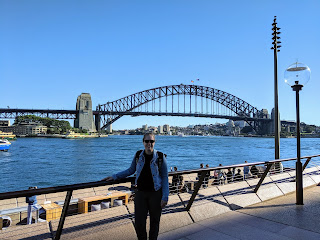