We are spending six nights in the most luxurious and welcoming hotel either of us have ever stayed at. I've been a Hilton brand loyalist for the better part of a decade dating back to when I spent 180+ days a year in a welcoming but not quite luxurious Hampton Inn. The backlog of points has payed dividends. Having previously enjoyed different luxury in game reserves (more awe than luxury) and the Conrad Hong Kong (definitive luxury), this one tops them all.

The Conrad Osaka really proves that luxury can be welcoming even when the guests aren't quite up to the hotel's showy standards. Don't get me wrong I appreciate every moment of being here. The ultra friendly staff that walk you from lobby to room and greet you by name upon re-entry, the stunning lobby view that greets you when the elevator opens, and the breakfast buffet that I would actually consider paying the $30 face value for. However as summer long travelers and sightseers-not-shoppers we aren't the typical clientele. Walking through the lobby in hiking boots, a backpack and shorts into the business crowd just feels unusual. Moreover doing sink laundry is downright embarrassing. Alas, nobody should pay $6 to wash a t-shirt when I can do a full load for less down the block.

The views from this hotel are truly stunning. It is situated at the top eight floors of a 40 story office building on a small island between the north and south parts of the city. The views from our room are east facing showing the island, river, and its many bridges. 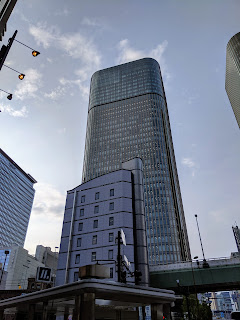 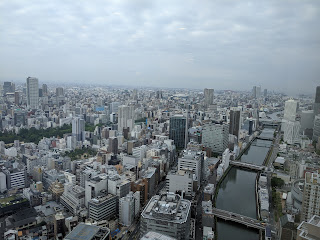 I could probably devote an entire post to this hotel but that would be lost on the audience since I don't think many of you are looking to visit Osaka and stay at this hotel. If you do, it is expensive.

On that note I'm not going to review the lounge experience in Singapore. We spent most of that night in the Qantas lounge which is known for its overcrowding during the peak rush of Qantas flights - luckily we found seats and held them through that period. The food and drinks were fine (highlight was the first craft beer in Asia, but of Australian importation) and watching the French Open final was a plus (but what a quick turn of events). The airport is certainly deserved of its reputation as #1 but it isn't much fun being there after midnight. For those wondering, the butterfly garden is open all night but its just a muggy room when its dark out.

On to Osaka. It is everything I wanted to experience in Japan. We connected in Tokyo and had to take a bus between terminals. The bus had a scheduled departure of 10:00. The bus left at 10:00:00. We landed in Osaka and took a bus to the main station. The bus was scheduled for 14:00. The bus left at 14:00:00. It is both laughable and lovable. Transit here is a thing of beauty but culture here is a thing of mystery. If removing my shoes was a hard-to-remember task in Singapore I'm lost here. Putting the money in the tray, not putting bags on the floor, placing your chopsticks in the correct direction, bowing, walking, and who knows what else. I'm all for unique cultural experiences but I'm just not quick to remember - especially when you're between a dozen other country visits.

Our first sushi was fabulous. Our first convenience store snacks were less fabulous but oh so worth it. Watching Lynden attempt to feed the deer at Nara was priceless to the onlookers. We checked out a couple of temples and attended a sake tasting at a local brewery (distillery?). We pointed our way through an izakaya and barely got the correct coffee order on day one. All in all, Japan has been great. Lastly, their monetary notes are works of art. I just can't get over it. We plan to visit Kyoto as well in the next couple of days so look for that update soon and thanks for reading! 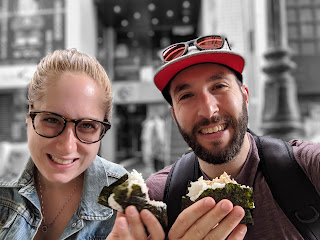 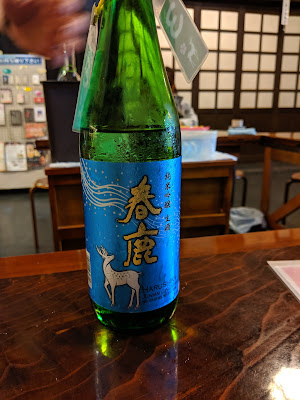 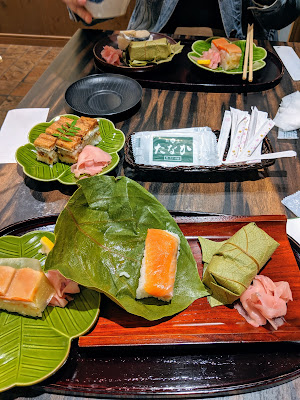 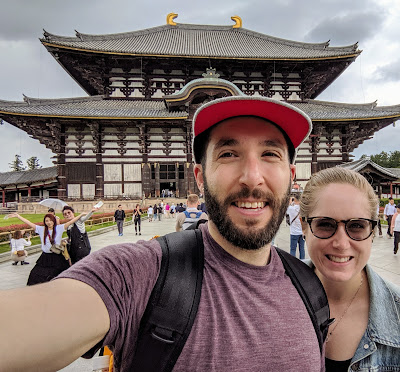 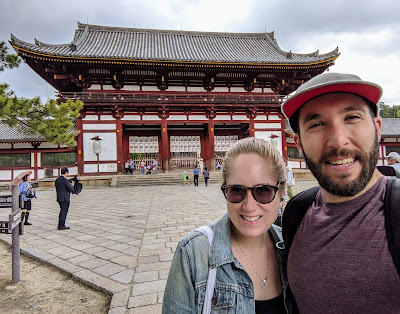 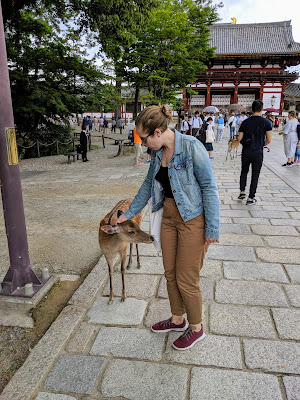 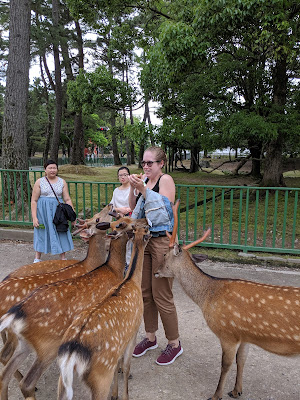