Hello again. We have finished our stay in Singapore and I am currently writing this from the Qantas lounge in Changi Airport. Since we last updated the blog a couple of activities and foods were ticked off our list. We leave having accomplished plenty and probably don't need to come back anytime soon.

Among the things we did were a fairly strenuous hike through a nature preserve which lead to a (sponsored by HSBC) tree top walk. The hike itself wasn't terribly hard but the elements really add to the experience. We chose the shorter of the two route options and I think in hindsight that was smart. Not only was it muggy but the last thirty minutes or so were under rain-storm conditions. It wasn't so bad thanks to the canopy of trees most of the way but by the end we were damp from sweat and rain. We also came across some local wildlife in monkeys, chickens (apparently), and a monitor lizard. 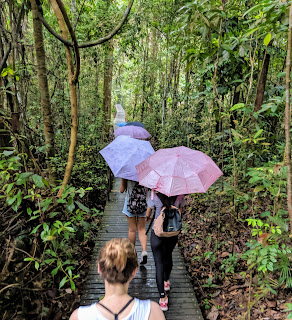 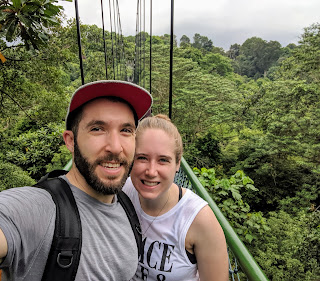 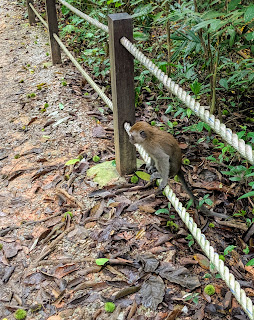 We also managed to do a full loop of the Marina Bay, circling the iconic hotel and resort, super trees, Merlion statue, and waterfront promenade. This was another activity in light rain as seems to be the norm these days. 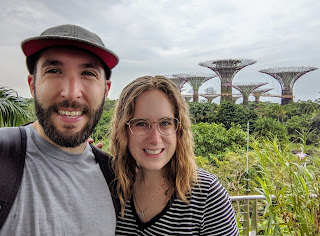 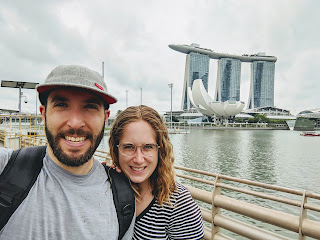 We did plenty more exploring on the ground through Arab Street, Chinatown, and Geylang. The architecture is a curious mix of old shop houses and new hard-to-explain. The food has been top notch the whole way and while I love a good Tiger beer I'm looking forward to drinking a bit more craft at a bit less cost going forward. 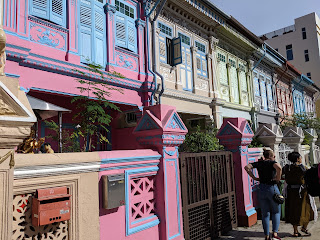 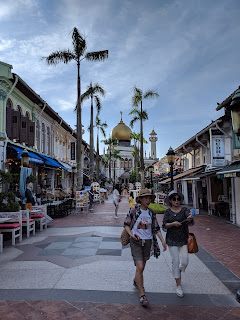 I'll also share a brief update on Changi airport. We visited the Jewel mall that recently opened and the first thing that comes to mind is wow, the crowds. Now I know it is a Sunday here and a mall in Asia is like a nightclub in Vegas but still - why are so many people so inclined to head to the airport mall! Anyway, it was very cool to see but only for so long. While the food options were very tempting we had eaten ourselves silly the past few days (but we couldn't pass up on the ice cream, thanks Eric). 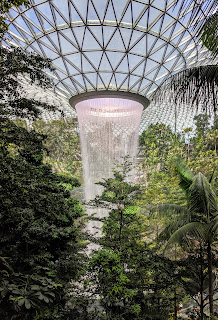 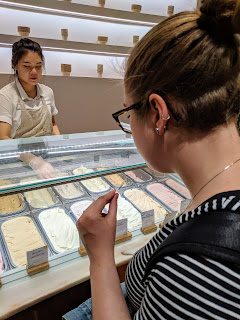 We'll be back again soon from Japan with plenty to share regarding the airport lounges, our upcoming hotel and Japan in general which we are very curious about.